My Gross Explanation of the LTIR Bonus 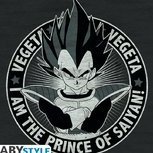